by Ricky Hamilton & The Voidboys 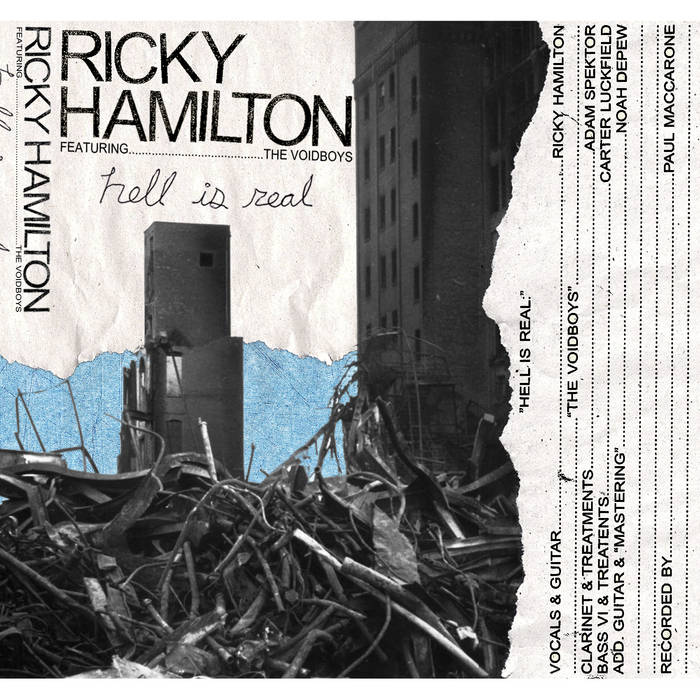 Hell Is Real was recorded October 2017 in Cleveland, Ohio. All the engineering was done by Paul Maccarrone directly to tape. The songs were written by Ricky Hamilton & recorded with the help of the Voidboys. This is the third "solo" album by Ricky & the 2nd this year. The previous album, "Killed By Ricky," was released on cassette by Objectively Good Records & Tapes (Cle). There was an initial run of tapes for Hell Is Real that have sold out. A repress will be available later this year.

Bandcamp Daily  your guide to the world of Bandcamp